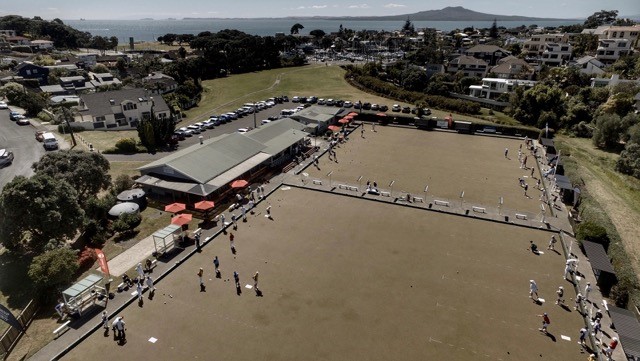 On December 9, 1975 a meeting was held of residents who would be interested in forming a bowling club in the Milford area. 150 people attended with 85 offering assistance for the project. From those 85, the Milford Combined Bowling Club was formed. Four of those volunteers are still members 33 years later with 15 foundation members remaining in the Club.

Milford Combined Bowling Club (now Milford Bowling Club Inc) was officially opened on the 6th October, 1984, with 160 registered members increasing to 185 by January 1985. The nearly 10 previous years of hard work by mainly volunteers was brought to fruition on this date.

The first green was named Founders Green in recognition of the tireless energy, enthusiasm, dedication and financial contributions made by the founding members.

The second green was made possible by a donation of $10,000 from Marac Finance Ltd and so it was named the Marac Green.

In the 1996/97 season Milford was the first club to become Amalgamated in the Bowls North Harbour region.

Milford’s two greens are open for roll-ups on Tuesday, Thursday, Saturday and Sunday afternoons with Championship events being held at the weekends to cater for working members. Men’s, Women’s and Mixed events are held throughout the season often on a Wednesday.

The Bar is open for socializing after all competitions with Friday evenings being the time when members gather and enjoy one another’s company. Sometimes a Twilight bowling competition is held or members enjoy a roll-up.

• Coaching is available at all times with qualified coaches.

• Social events are always well attended and enjoyed with enthusiasm.

• Housie is played in the Clubhouse on Mondays from 1 pm

• During the winter Indoor bowls is played on Tuesday and Thursday afternoons.

• Mah Jong is played on Fridays during the winter season.